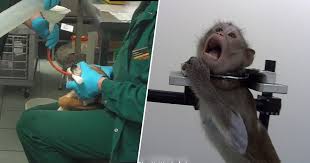 How would you feel if someone took you away from your family, friends, without explaining you why? And it doesn’t just end there. Afterwards, they start testing on you with mysterious substances or consistencies that damage you and cause you pain.

Animal testing should be banned worldwide. Why, if people have evolved so much over the years, should they still depend on animals to test their products? If we are still using  the same methods of cruelty to test products on animals, either we are too lazy to invent a new method of testing, or we are just cruel. Animal testing goes back to brutal parts of our history; it should be stopped now.

As you know, both animals and humans feel, behave, think, and experience pain. Hence, why do humans have to sign a consent form when they want to participate in any research? For example, people who wanted to participate in the COVID-19 vaccine trials had to sign a consent form where they explained the side effects it may cause. It was their choice; nobody forced them to do  it. Animals are not given a choice. They cannot sign a consent form or stop humans from performing life-threatening experiments on them. How would you feel if you did not have control over your life, but somebody else decided for you ?

In addition, animal testing is unreliable. The National Institute of Health has noted that 95% precent of all drugs that are shown to be safe and effective in animal tests, fail in human trials because they do not work or are too dangerous. Why are we then risking the life of animals when we can use modern technology to solve our problems?

Every small change matters. Next time you buy makeup, medicine, etc., check if it has been tested on animals. This way you won’t promote animal testing.