When I was younger, a primary student,  I didn’t enjoy reading very much because the simple sight of words overwhelmed my eyes, and I must admit that even now, it is still hard for me to fight through a whole book. The  matter of finding the right wordy suitor may be exhaustive, but complain no longer, as this guide will tell you exactly what 5 books can help you engage in reading. Although these are five fiction books that have immersed me into reading, they can be useful for anyone who wants to explore their own interests and maybe fall into the hands of love, human fragility, justice, and the unforeseeable future.

‘There was the sound of footsteps going to the outer door of the second room. Then there was the noise of a handle being turned and shaken.’

Stage 1: The lighting of the candle

I remember reading one of the first books I engaged with. It is called The Famous Five go Adventuring Again, written by Enid Blyton, an English children’s writer. Published in 1943, it is the second book of the Famous Five series, one of the most famous children books in English literature. The mystery and special traits of each kid made me immediately interested in the enigmatic story, without requiring any background on the characters. In this new adventure, the four children and their dog, Timmy, uncover the secret behind some missing scientific papers at Kirrin Cottage. Maybe the thief is not as distant as it seems to be…

‘I tried to smile back, but no smile came, only tears’

When I was 12 I immersed  myself in books written by Michael Morpurgo, from which I can highlight my favourite being Private Peaceful. In this Great War-time novel, Morpurgo tells the struggle and strong bond between a family where two brothers are sent to the front. Themes of brotherly love, cruelty, and injustice are seen magnificently portrayed in the two scenarios illustrated in the book: peace time at the village and battles at the frontline. The narration also caught my attention because at the start of each chapter an extract from the protagonist’s present diary is appreciated, as he tells a continuous story set in the peaceful past, gradually advancing, to his present war.

“she was richer in those dreams than in realities; for things seen pass away, but the things that are unseen are eternal.”

Advancing along with time we arrive to a series of books which can grant someone a dose of inspiration and heart-warming affection; these are the Anne of Green Gables series written by Lucy Maud Montgomery at the beginning of the 20th century. The series is composed of eight chronological books, each narrating a period in Anne’s life starting when she is eleven until her fifties. Set in the charming Prince Edward island, off the east coast of Canada, it is impossible to not raise one’s awe to the growing bond between the characters, as an imaginative orphan girl fills the hearts of Avonlea and its unique inhabitants, stumbling and climbing through her own challenges. Anne’s inquisitive and ravishing life can serve as a source of motivation in every girl’s life, as it exposes the trials one may face with social expectations, together with the fervent implanted notion of the marvellous life one is given every second. The plot varies, but the themes of friendship, love, coming of age and ambition, prevail amongst all, presenting every chapter with a distinct situation and adventure, ready for a rapid descriptive reading to avoid succumbing to the depths of despair. 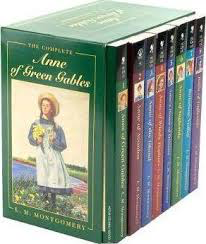 “How did I escape? With difficulty. How did I plan this moment? With pleasure.”

Stage 4: Unraveling the topic of your interest

Book: The Count of Monte Cristo

At this stage, I started getting attracted to period pieces and decided to read an english translation of  Le Comte de Monte Cristo, an extensive novel written by the French writer Alexandre Dumas, based on the struggles with the awaited uprising of a man wanting revenge for his own past injustices. With the firm context of Napoleon’s chaotic return from his exile at the isle of Elba, this story will examine the principles of men during the disputes for an immoral justice. The character arch of Dantès reveals the deep humane conditions that an unsustained vengeance may uncover. Although it may be considered a heavy read, if classical history, morality and intrigue appeal to your inner reader, then this book will leave you thinking about your next trip to the Mediterranean coast and its concealed history.

“We’re an ambitious set, aren’t we? Every one of us, but Beth, wants to be rich and famous, and gorgeous in every respect. I do wonder if any of us will ever get our wishes,”

Stage 5: A matter of endings

Little Women, a novel written by Louisa May Alcott, is an American piece that narrates the life of the March family composed of four young women and their mother while they wait for their father’s arrival from the civil war in the midst of the 19th century. Maturity and expectations are major themes in the book, establishing the perfect atmosphere for the dynamic female characters in a manly world. I would classify this book together with the books I mentioned on stage 3 because they may turn out to be those hearty sincere books whose chapters, no matter if you don’t remember what came before, can be a gracious comfort on a dull day. Although the development of the story may be thought more controversial at feeling than at words and context, it will grow a seed of affection and consciousness in any reader.